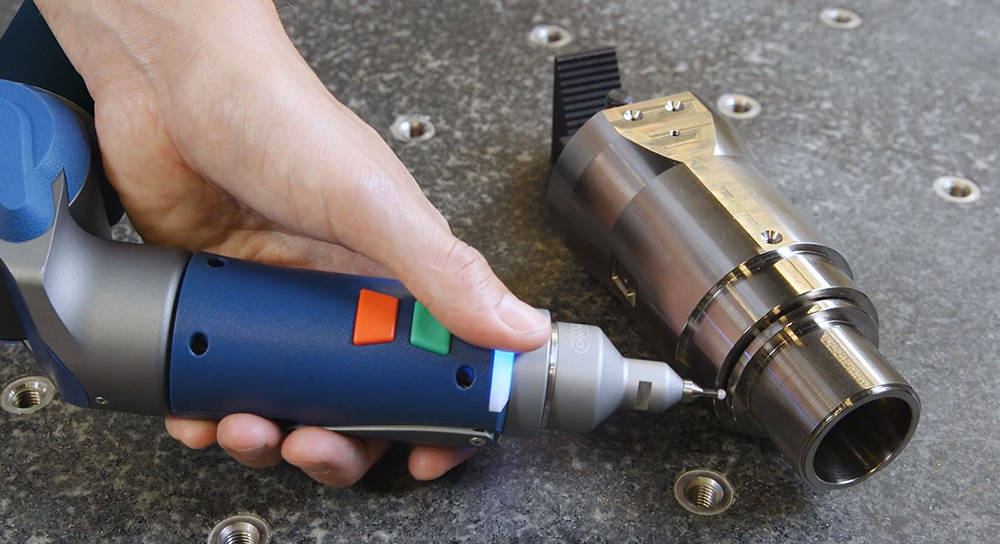 Over a decade ago, a maker of large diesel engines, now a part of one of the world’s largest diesel engine manufacturers, sought improvements in production velocity to keep pace with its growing business. To achieve this aim and to reduce first article inspection times, the diesel manufacturer purchased one of the original FARO® Gage portable measurement arms.

The project required a changeover from a 12-cylinder block to a 16-cylinder block. During that transition, it was necessary for the first blocks produced to have full-machined audits before the production of additional blocks was initiated. In the past, this process involved removing the block from the machine and transporting it to an inspection facility. The process of first article inspection can take up to a shift to complete as the room must be cleared of previous blocks having undergone inspection, and recalibrated to accommodate the new block.

This is where the FARO Gage delivered unprecedented performance, speed and accuracy as it was able to determine if the 16-cylinder block machine settings had been correctly adjusted from those required for the 12-cylinder block.

With success like this FARO went back to the well of innovation and launched a new Gage that’s even better than its predecessor with features that include: