Speeding toward Success: Serving up the Benefits of Software as a Service for AEC Professionals 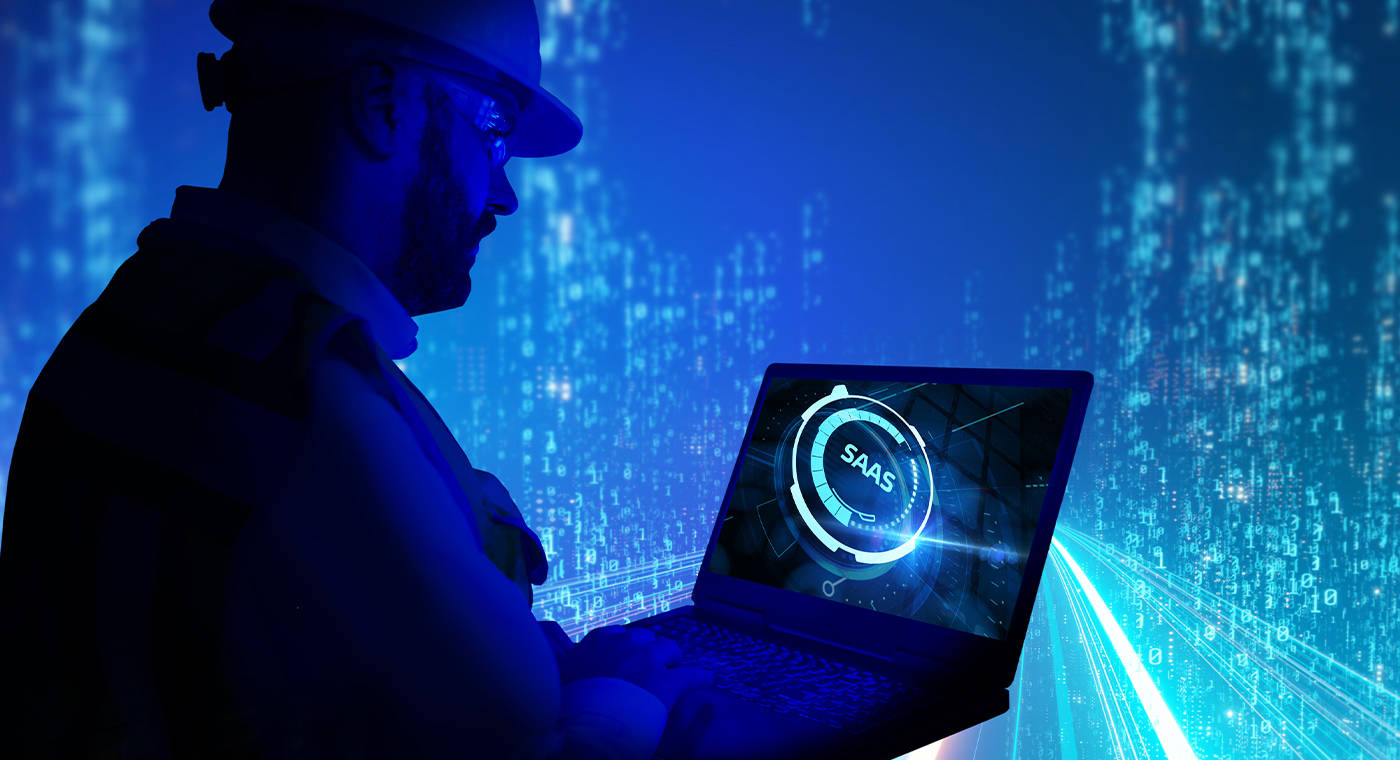 If there's any one statistic that underscores the transformative nature of the information age, it is the speed with which increasing amounts of digital data can be shared.

From the earliest stirrings of the academic internet with modem speeds of 100-300 bits per second in the 1970s to today's 5G network which can achieve data rates of 20 gigabytes per second, none of the burgeoning popularity of software as a service (SaaS) would be possible without it. In a country like the United Kingdom, widely considered a global leader in the information communications technology (ICT) industry and home to London – the world's second most connected place for tech after Silicon Valley – SaaS is speeding toward adoption success across a variety of B2B and B2C industries.

For AEC professionals using 3D laser scanning equipment for buildings that means an unprecedented ability to share enormous amounts of point cloud data anywhere in the world with internal and external project stakeholders, and to do so at lightning speed in a cost-effective, data-secure environment. For the uninitiated, SaaS is the technical term for an offshoot of cloud computing. The way it works is simple: companies house software on their own or on a third-party server (a data farm) and grant other companies access to that software via subscription instead of the client company having to purchase the actual software and upload it onto their own data network or on individual employees computers. Some of the most well known SaaS solutions include: Salesforce, Amazon Web Services, Dropbox, Box, and Netflix.

“If you look at Autodesk, which is the main BIM product company that has Revit in it and AutoCAD, their design tools are available in subscription but are not available natively on the cloud,” explained Vito Marone, the Senior Director Software Product Marketing for FARO® Technologies, Inc. “So this journey of going to the cloud is still in its beginnings. But the services around them like BIM 360 and others have been provided as SaaS.”


SaaS: From Mainframe to Mainstream

While SaaS as a mainstream term has gained currency only in the last decade or two, it's a concept that dates back to the 1960s. That's when companies like IBM were building the first mainframe computers. At the time, the cost of data storage was so high – even in 1981 the cost of a gigabyte of data storage was around $500,000 – that for a company to tap into this newfound computing power was simply out of reach. Instead, IBM would sell limited access to these machines in a system known as “time sharing.” Compared to buying the computers outright, this was a huge leap forward in cost efficiency and allowed banks and government offices the ability to process large datasets. The early sharing of digital resources had begun.

With modern SaaS the same rules apply. Rather than a company having to purchase physical software, sometimes multiple copies of said software, and worry about version updates, ongoing compatibility issues, in-house data security needs, as well as related IT troubleshoots, all of that headache is outsourced to the SaaS provider – for a price. For architecture, engineering and construction professionals, VDC Managers, BIM Managers, Structural Engineers, MEP Engineers, Facilities Managers and the like, SaaS enables the wireless transfer of huge sums of laser scanner-acquired data shared via the cloud at high speed, as well as the ability to monitor the progress on a given project thousands of miles away without the need to visit the physical asset and without its associated travel, lodging and health and safety costs.

Additional benefits of a software subscription are twofold and include advantages for both the company offering the SaaS and for its recipients, Marone continued. For the SaaS recipient those perks include: software use flexibility, system compatibility, enhanced workflows and even new workflow potential. Flexibility is an especially noteworthy asset as subscription models can be tailored to specific SaaS use (e.g. the customer is only charged for their use of the software, not for having access, in, say, a monthly or yearly subscription) or even to specific employees. By adopting what Marone calls a more “modular approach” SaaS disrupts the “one size fits all” paradigm that tends to bloat corporate budgets and eat into profits.

“The risks on the user side are little as the vendor wants to ensure future payments and customer satisfaction is key,” added Udo Haedicke, FARO Software Product Manager. “With the SaaS model it doesn’t end with the sale, it starts there. From this moment, the vendor needs to continuously deliver value to the customer with its service, ensuring new features while supporting customers’ workflows tied into their ecosystem of other software solutions.”

Ultimately SaaS influences the way the software is developed itself, as quality control becomes increasingly important, Haedicke continued. If the customer no longer sees value, he or she will simply stop using the software, knowing there was no burdensome upfront investment cost. Unshackled from a physical single purchase, said user can investigate other solutions that best meet their needs. It’s all highly democratic.

For SaaS providers the benefits include:

For AEC industry professionals and others who experience trepidation when it comes to selecting an SaaS provider, that reluctance often stems from concerns related to cost. After all, isn't a one-time purchase of a specific software product less expensive than paying for a subscription in perpetuity? From a front-end cost perspective, the answer is often 'yes', Marone said. But such a blanket affirmative neglects the nuance of the true expenditure – and the value of the service provided.

Over more expanded time scales, what soon becomes clear is that SaaS savings add up. With an SaaS subscription there's no need to invest in an expensive IT framework. There's also no need to have an on-site or third-party data storage company. That's all included in the subscription. What's more, real-time software updates are part of the package too. And while every service level agreement (SLA) is different, it's reasonable to expect that in the broadest sense, these benefits are standard.

Last, not only does SaaS save money in the long run, it also saves time; a finite resource that can be better used in new business acquisition and other profit-generating endeavors. It's this multiplier effect that on-the-fence companies too often overlook.

From Marone's perspective, the choice is clear. For AEC professionals, the time to go all-in on an SaaS service for their business needs is now. In 2019 enterprise SaaS revenue topped $100 billion with an average annual growth rate of 30 percent and the “pay as you go” pricing model gaining popularity. Considering that a Finances Online survey found that 86 percent of organizations said that they expect at least 80 percent of their software needs to be met by SaaS after 2022, it's vital that the AEC industry (and it's related industries) doesn't fall behind. On any project involving as-built capture and modeling, whether its facility management, historic preservation, building retrofit, commercial MEP, collaboration really is key. And in an industry that's so heavily information dependent, whether it's a BIM drawing or a 3D point cloud, sharing that data via the cloud has never been more important.

If the past is prologue, one thing is certain. The speed of data rates will continue to increase and the price per data storage will continue to fall. While it's true the computing world is fast approaching the limits of Moore's Law (possibly as early as 2022-2025), it is likely new computational innovations will propel SaaS adoption forward in novel and exciting ways.

The information age hasn't run out of history quite yet. And SaaS for AEC is just beginning to take off.

“While we still face some hesitancy within certain industries, we also see that some markets are more open to this model than others,” Haedicke said. “Especially when people launch a new business, they clearly prefer low startup investments and plannable costs. And when you think about it, we already use solutions like Netflix or Spotify everyday and are increasingly adapted to this model in our private lives. So why hesitate adopting SaaS for business?”