Bringing the crime scene into court 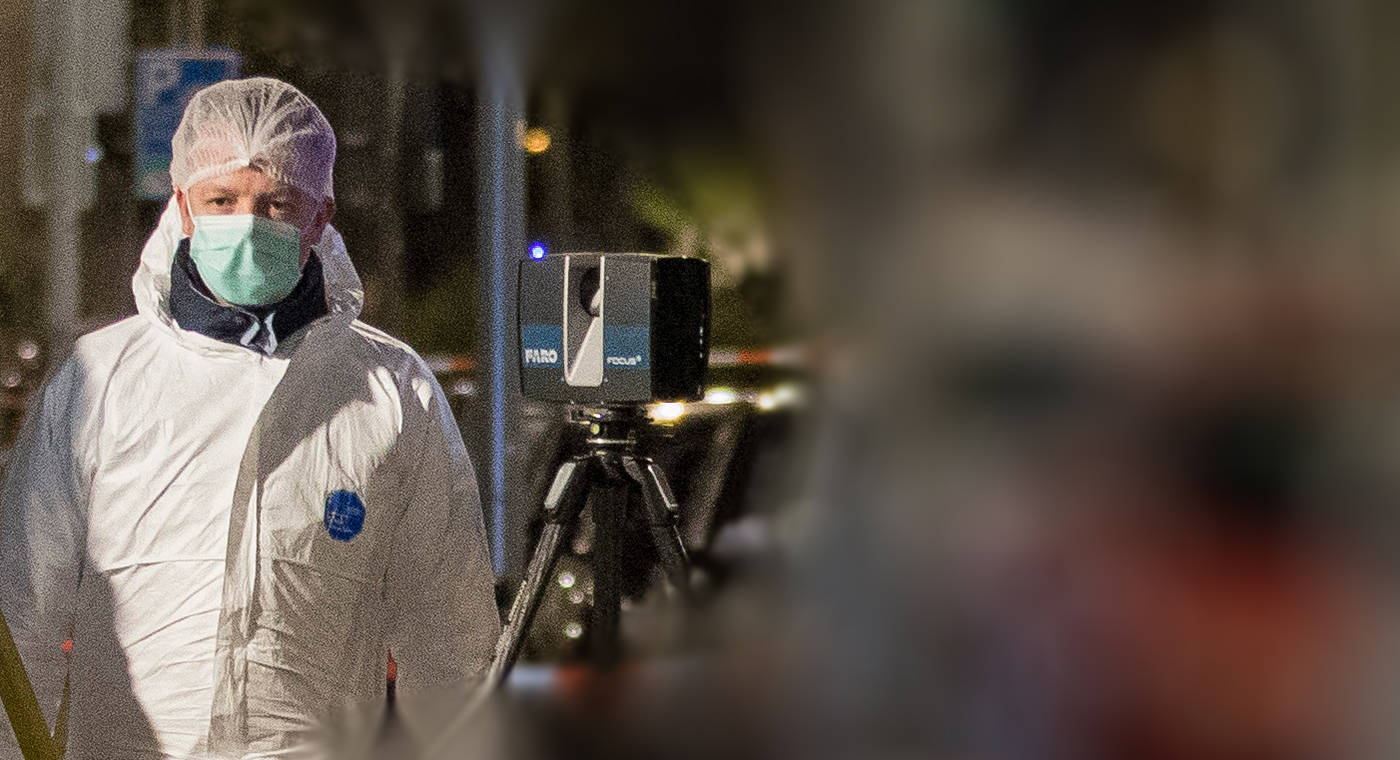 Bringing the crime scene into court

In this interview we sit down with Nielson, Forensic Investigator on the Visualization Team with the Dutch Police to hear about how laser scanners are used in forensics and what we may see in the future.

To start off, why use laser scanners to document a scene over other methods?

Nielson: It is easier to reconstruct, verify and measure. It is also an ideal means of bringing others to the crime scene at a later date. By using a 3D laser scanner, space or an object can be captured to millimeters with accuracy.

What type of 3D laser scanner do you use when documenting a scene?

Nielson: At this time, we are using a FARO® FocusS 350 Laser Scanner.

When did you first get introduced to 3D laser scanners for investigations?

Nielson: An old colleague of mine started working with a 3D laser scanner back in 2006. That was the first time the laser scanner was introduced to the police and used to capture a crime scene.

Why did you and your unit start using 3D laser scanners?

Explain how that journey has been for you and your unit with laser scanners?

Nielson: A lot has changed over the years, and the developments in this area are going very fast. Where people used to spend a whole day or sometimes two days recording a crime scene, it now happens in a few hours, depending on the size of the crime scene. Working out the data is also incredibly fast. With FARO® SCENE Software we can walk around in the point cloud with virtual reality (VR). This is incredibly fast and easy and does not require extra actions.

You mention VR, what do you use and what has that experience been like?

Nielson: In the VR glasses we use 360° photos and use them in two different ways. One way is we take these photos of a crime scene and process them on the spot in VR glasses. We lend these VR glasses to colleagues from the criminal investigation department who are responsible for further investigation. They take the VR glasses to their own desk so that they can "go back" to the crime scene at any time. This is extremely useful for them because not everyone has actually been at the crime scene, but now they have the experience of being there. This also saves time and therefore money.

What types of uses do you see for VR in forensics?

Nielson: In the near future I see that it will be applied in court. It is waiting for that one judge who allows it in his court. But also in the field of training and education, I see a lot of possibilities in the area of VR.

How do you see law enforcement in the Netherlands in terms of adopting 3D laser scanners?

Nielson: Within the Dutch police you see more and more units using a 3D laser scanner. That is a development that I very much welcome. While in Rotterdam, together with colleagues from the Landelijke Eenheid, we were the only ones with a 3D laser scanner a few years ago, the number of units is now at seven.

What advice would you give to someone looking into adopting 3D laser scanners in their unit?

Nielson: Just do it! Proper visualization of a crime scene is becoming increasingly important in a criminal investigation, and the possibilities are becoming ever greater.