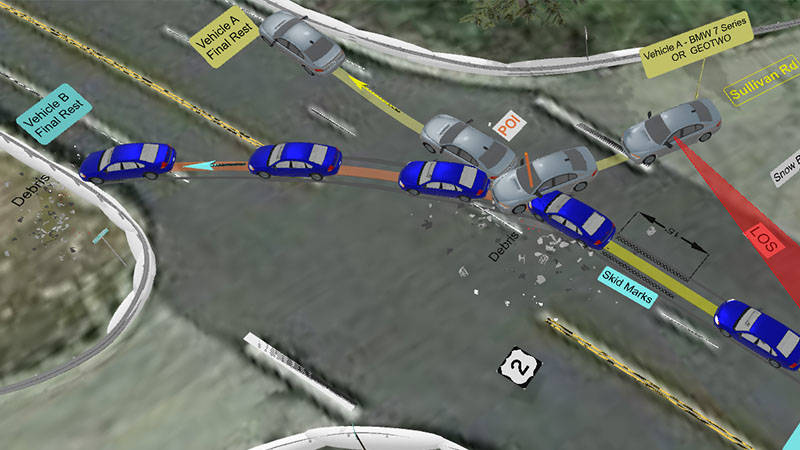 With the world still so focused on the death and disruption caused by Covid-19 and its variants, it’s easy to forget that every day, in every nation, the untimely passing of family and loved ones happens for many other reasons. Tragically, around the world some 1. 35 million people die each year in traffic collisions, while crash injuries alone rank as the leading cause of death for children and young adults ages 5-29.

This is especially true in Singapore, the island city-state at the southern tip of the Malay Peninsula in Southeast Asia. With a population of nearly six million, it’s also one of the densest with some 8,000 people per square kilometer, about 200 times more densely populated than the US and about 2,000 times than that of Australia.

Not surprisingly, on an island nation this compact, traffic fatalities are an ongoing challenge. In fact, Singapore’s road fatality rate of 2.73 per 100,000 citizens is higher than London, Hong Kong and Tokyo. Most at risk to die in a fatal crash are motorcyclists and “pillion” or backseat riders, followed by pedestrians and cyclists. Regardless of the manner of death, determining its cause is of paramount concern – both for the families who’ve suffered an incalculable loss – and for the authorities investigating what occurred. For Singapore’s highways and roads, FARO® offers industry-leading 3D laser scanning technology to assist.

“In all of the fatal accident cases the forensic team from the traffic police will use a FARO FocusS Laser Scanner to document or to map the accident scene,” explained Singapore native L’fie Rusly, FARO’s Account Manager for Public Safety Analytics for Southeast Asia, who has worked in one of the Singapore Police Force investigation branches before. “This is part of the on-scene investigation where the report will be supplied to the main investigation team as part of the work process.” 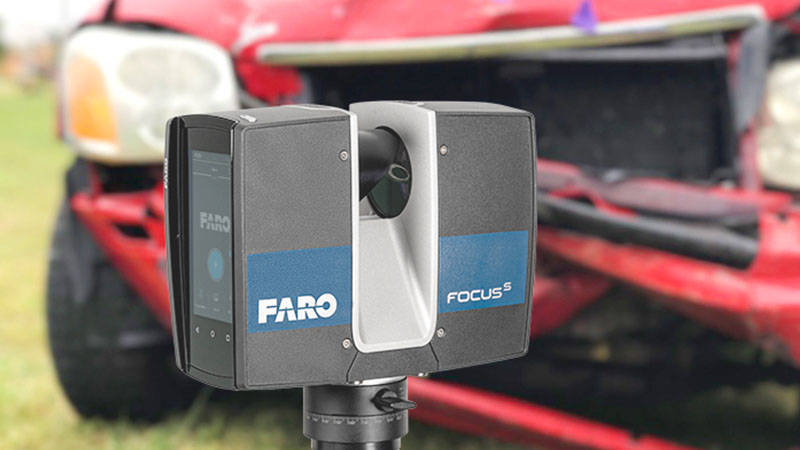 “In a typical incident involving a general fatal collision, the forensic team from the police department who are FARO users will be activated to go down to the accident scene to conduct an on-scene investigation, scanning the scene, taking photographs,” Rusly continued. “After that, the scene documentation will be handed over to the main investigation team within the traffic police department. Separately, we also have an independent forensic team from the Health Science Authority who will revisit the crash scene to conduct a separate on-scene documentation.”

Crash Analysis: Alexandra Road to the Yio Chu Kang and Everywhere Else

Most important in assessing the circumstances that caused a traffic fatality is the ability to gather and document information at the scene as quickly and accurately as possible. And to do so in a way that that evidence can be re-visited multiple times — without disruption to normal high-volume traffic flow and without losing that real-world data to wind and rain and other natural and artificial weathering. Thus, it is in these situations where FARO’s Focus Laser Scanners have proven most effective.

Recently, the company’s technology was deployed following a fatal collision involving a truck that had run over and killed a motorcyclist. According to senior crime scene specialist Madeleine Bong, the partially colored 3D model was so detailed that it captured the motorcyclist’s food delivery bag and blood on the road. Additionally, the 3D scan data can also help investigating officers refresh the memory of witnesses and the accused during their interview, she said.

“Some cases sound very simple, but it can be very complicated when there's limited physical evidence at the scene,” Traffic Police crime scene specialist Madeleine Bong said in a March 2021 interview[1] with Channel News Asia, noting that this could be the case in a fatal collision when the body’s condition makes it unidentifiable. “We will try our best to find any physical or forensic evidence that can help to identify the person.”

FARO’s Focus Laser Scanners helped achieve this goal in a variety of ways. The ultra-portable and rugged FocusS 350 is designed to capture ultra-high accurate measurements of objects and buildings with unmatched speed in some of the most challenging outdoor environments, like crash and crime scene investigation. The Laser Scanners feature a sealed design and are certified with the industry standard Ingress Protection (IP) Rating, IP54. That means the scanners can be used in wet weather at temperatures up to 131°F. This is especially beneficial for a tropical climate like Singapore, which sees rain on 167 days a year and receives on average 85 inches of precipitation – an evidence-erasing amount well above most other locations.

The comprehensive, fast, accurate capturing of physical assets within the Focus Laser Scanner’s line of sight (300° vertical, 360° horizontal) means crash reconstruction specialists never have to return to a site for missing measurements. They can also finalize and view 3D scan data on-site, providing the confidence law enforcement needs when getting the job done right matters most while cataloging the scene, preventing evidence loss, and mitigating the economic losses of closed roadways and providing the digital documentation to potentially save future lives.

An Improving Situation – For Now

While even one fatality is always one too many, it’s important to note that the situation in Singapore has improved. In fact, experts believe Covid-related lockdowns, as in other countries, helped reduce traffic volume, leading to fewer collisions. The question is, how long will such a decrease persist?

As the global and local economy recovers and vaccinations continue, it’s likely Singapore’s traffic volume may soon return to pre-pandemic normal, variants and potential new restrictions notwithstanding. Sadly, an uptick in traffic collisions and fatalities is also likely — in part due to the renewed volume of cars on the roads, as well as simple lack of experience after so many months of reduced time behind the wheel.

But at least as far as the Singapore Traffic Police and the specialized Fatal Accident Investigation Team (FAIT) are concerned, the newest tool in ensuring that safety, regardless of how many cars rejoin Singapore’s busy roads, is advanced 3D laser scanning. With the Focus Laser Scanner’s ability to work in daylight or in darkness, documenting and sharing point cloud data, measuring distances and spatial relations, returning to the virtual scene again and again, has never been this accurate or precise.

“In the past, handling on-scene investigation was a very complex and a time-consuming process,” Rusly said. “But with implementation of our scanning system, the Singapore Traffic Police can accurately conclude what is needed. The time required to complete on-scene investigation is probably cut in half or more compared to traditional on-scene documentation methods.” 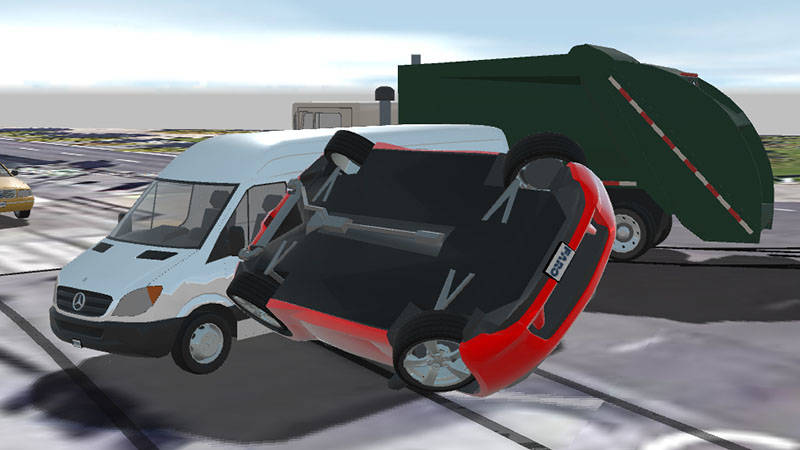