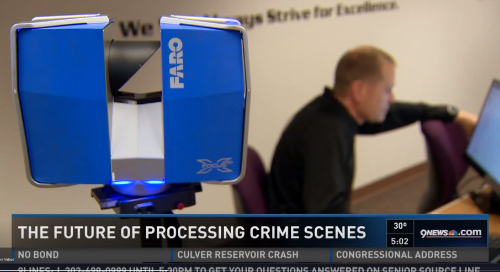 Check out the recent report from 9NEWS - Denver's Leading Local News Channel - on how a FARO® 3D Laser Scanner was used to investigate a fire that killed three people, including a 4-year-old child, and lead to the indictment of two caretakers.

With the Laser Scanner, investigators were able to:

"We couldn't take our investigator who may not have been at the scene and have them visualize what things look like at that date and time," Officer Steiner said. "Now we can show a to-scale exact replication of the house or scene."

Watch to learn how the FARO Laser Scanner was used to accurately capture, analyze and share the evidence and complete the investigation in dramatically shorter time.