3D Laser Scanner positions jury at the scene of a murder 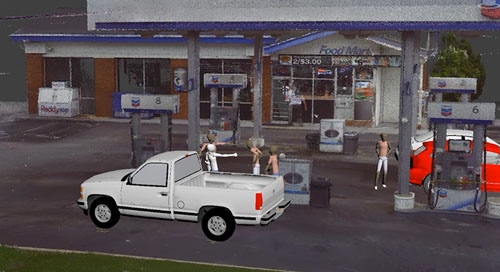 CASE STUDY:
Early on a Sunday morning in 2013, four teenagers started a fight with a man at a gas station in the City of Marietta, located in Cobb County, Georgia. The four teenagers punched and kicked the victim into traffic, pushed him to the ground, kicked him unconscious, and left him there. The helpless man was eventually hit by a passing car and later died of his injuries.

Three of the four were ultimately convicted following a trial in which data captured with a FARO® 3D Laser Scanner was used to create a “CSI moment” for the judge and jury.

Read through this case study to discover the ways FARO laser scanning was used in evaluation and recreation of the crime scene, establishing expert witness credentials and demonstrating the sequence of events to the judge and jury.